Let's take a little break from life and get those creative juices going, shall we?!

In today's post we'll talk more about the first piece, Becoming Visible: Nina, in my newest body of work.

This series, Becoming Visible, is meant to honor the female artists who, because they had the courage to be seen & heard, greatly changed the course of our lives in the most profound ways. And they did so during a time when the world wasn't always quite ready for them.

As I've said in previous posts, I do want to tease this reveal out a bit. Since Nina Simone & her music had such a huge influence on the civil rights movement — as a celebration, I've decided it's only appropriate to do the final reveal of this piece on Juneteenth.

More about Nina Simone in a minute.

In addition to sharing more about this new piece today, you'll also get introduced to this week's featured print, Perspectives.

So grab a cup of joe, settle in for a few minutes, and get a big dose of art & creativity!

I talked a bit about Nina Simone's early childhood in past posts, here's a brief summary of what we've talked about so far:

Nina was born in Tryon NC, and her given name was Eunice Waymon. She started playing piano when she was 4, and took her first of what would be many lessons, from a local classical piano teacher at the age of 6.

During this time, she fell in love with the music of Bach, and became convinced that this passion for classical music would lead her to become a classical pianist as an adult.

As a teenager, she attended Allen High School for Girls in Asheville, NC with the help of funds raised by the people of Tryon.

After graduating, these same funds also helped her attend The Julliard School  — a prestigious performing arts school in New York. Although it was her amazing talent playing classical music that got her accepted!

Don't forget though, she was NOT a singer at this time, nor did she have any aspirations of being one. She was still intent on living the dream as a world famous classical pianist. 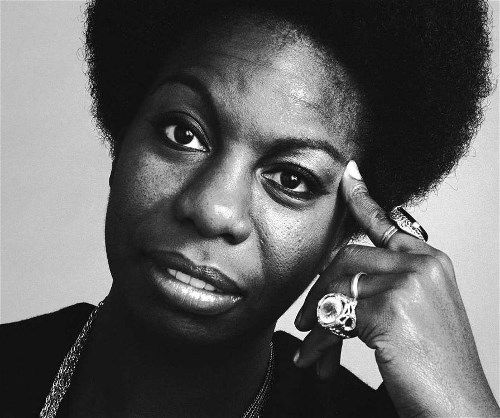 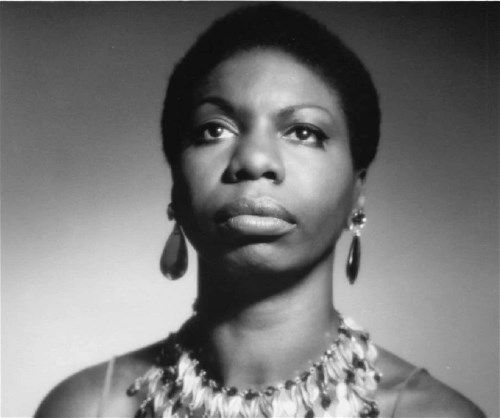 Can you imagine our lives & this world without that powerful voice?

Where would we be (at least those of us who love Nina & her songs) without it? The world would have a little less light. Other artists, activists & changemakers, both male & female, may never have had the courage to speak their truth, had Nina not spoken hers.

We would be living in a smaller, less evolved world if it were not for her brilliance, her courage & her perserverance — as she sang & spoke what she truly felt in her heart over the years.

One more thing before I wrap this part up...

After attending Julliard for a year, Nina applied with high hopes to get into another prestigious school, The Curtis Institute of Music in Philadelphia PA ... but her efforts were rejected.

More on that next week. 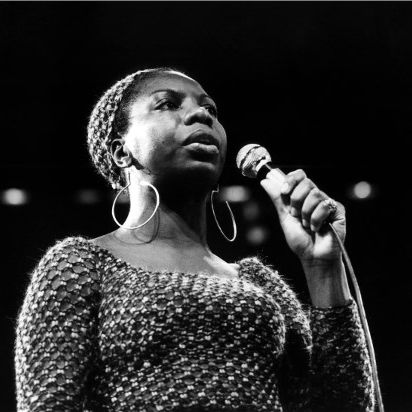 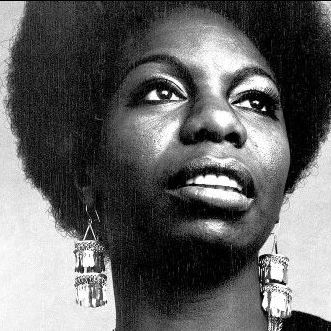 For now, I'll leave you with two more things about Nina...
First this quote from her. She really did feel personally responsible in helping to alleviate the isolation & betrayal that many of those around her felt during the civil rights movement of the 60's:
“I feel what they feel. People who listen to me know that — and it makes them feel like they’re not alone.”
And if you've ever felt the pain of having been misunderstood, take a few minutes to listen to this song — a recording of Nina performing it live on stage. It has a bit of static in the background, but to see her actually perform it live at the piano is amazing.
Now without further ado — here's the next piece of the puzzle below, leading up to the final reveal of Becoming Visible: Nina on Juneteenth: 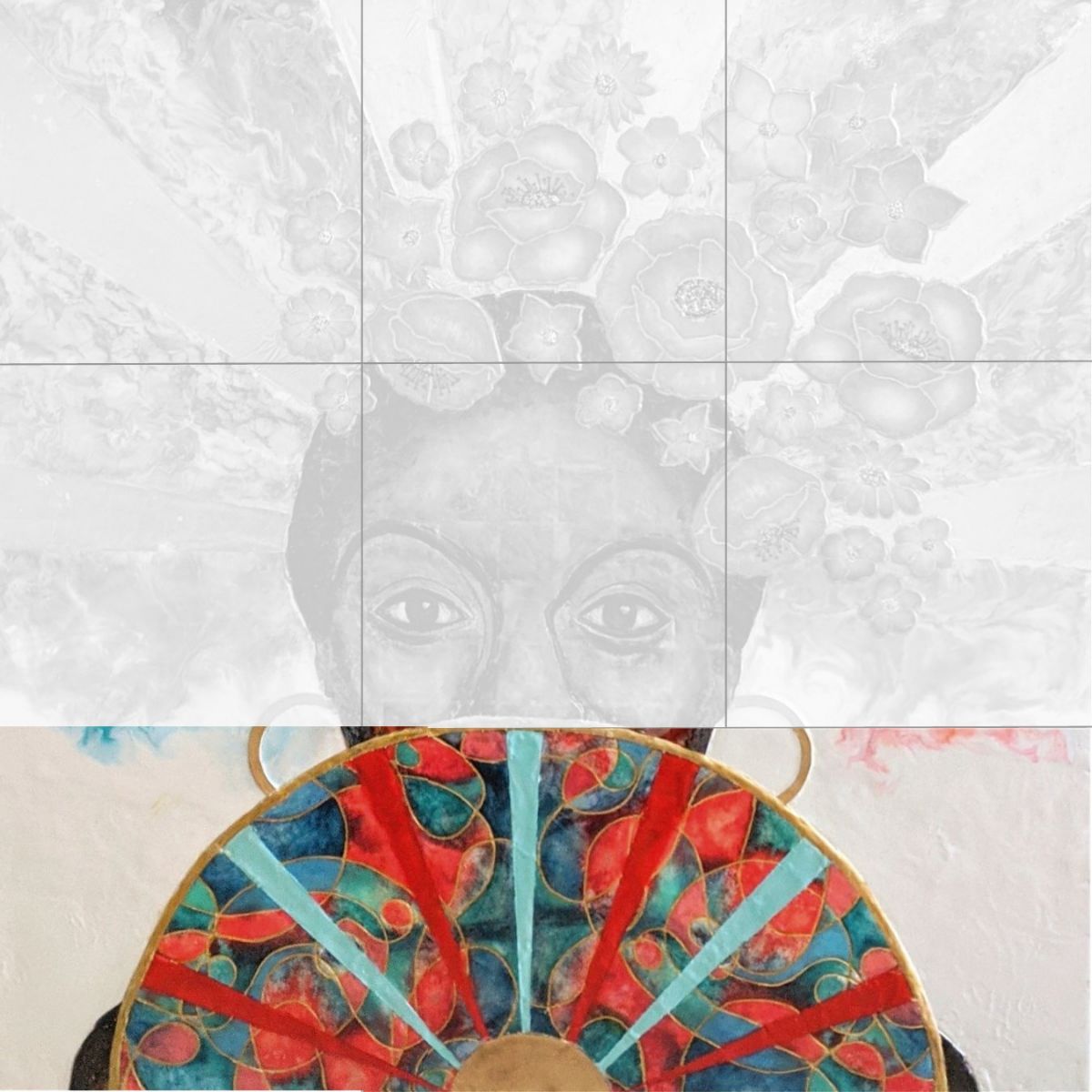 <<Pinch & zoom to get a close up>>
I still cannot believe when I look at this piece that it's finally done ... We have had quite a journey together!!!
And now for this week's featured art print:
Perspectives 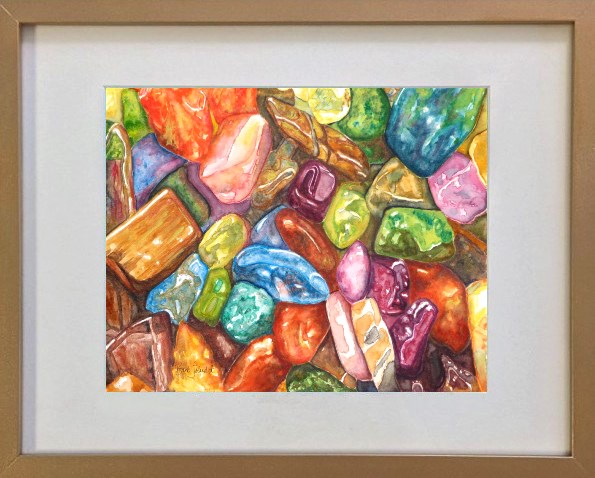 <<Pinch & zoom to get a close up>>
Little tiny gemstones that I piled up in the middle of my art space, and then took a gazillion pictures of them. After loading them onto my laptop, I zoomed & consumed, until I found the exact composition I just knew had to become a painting!
I cropped it, displayed it on my monitor, and started drawing it out. I remember being mesmerized by all of the texture and color. And also felt quite challenged by all the lines & nuances in the stones.
But with a great deal of time & patience, this one emerged little by little. And it was actually the first print I ever sold! It was the start of my dream to make a living from my art.
And the day after I sold that print, I got another order for one. It felt like a nod from the universe that things just might work out ;-)
You can find the print on my website here — the original is also available for sale, and can be found here.
...
And please keep in mind the fundraiser for UNICEF Ukraine!
From now thru Mother's Day & Father's day, for every art print you purchase, I'll donate 25% of the proceeds to UNICEF Ukraine (that's ten bucks for each one). And 15% of all originals you purchase will go towards this effort at well.
...
Ok, that's a wrap. Be sure to go have some fun this weekend — it'll do your mind & heart some good.