Get your mind out of the gutter!

I just knew with that title, you'd have to take a peak at this one *wink wink* Yes, there is a striptease ahead, but probably not the kind you were thinking :-)

I am super super excited today!

My newest piece, Becoming Visible: Nina is finally finished, and I am so in love. She turned out powerful & fierce, just like Nina Simone was in real life.

Creating this one has been such a journey. Between coming up with the overall design for the entire body of work, some backtracking on what I thought I wanted it to be, to changing my mind numerous times, to getting sidetracked by the fabulous Holiday Print Market, to life's endless challenges along the way — this one has been in the works since last fall.

Yep, you heard that right. This is the longest any one piece has ever taken me. But because I took the time up front to really nail the design for this body of work, the others created in the future won't take nearly as long.

But I do want to tease this reveal out a bit ;-)

Since Nina Simone & her music had such a huge influence on the civil rights movement — as a celebration, I've decided it's only appropriate to do the final reveal on Juneteenth.

Hey, we've all been waiting this long. Why not hold on for a bit longer, right?

I promise to share some goodies about her life & her music along the way. And I've come up with a fun way to share the finished piece with you a little at a time — kind of like a reverse striptease ;-)

In addition to sharing more about this new piece today, you'll also get introduced to this week's featured print, Magenta Sunset.

So grab a cup of joe, settle in for a few minutes, and get yourself a big dose of creativity!

First, let's step back & take a minute to summarize what this new body of work is all about...

Becoming Visible is meant to honor the female artists, musicians & performers from our past who, because they had the courage (and the audacity) to be seen & heard, greatly changed the course of our lives in the most profound ways. And they did so during a time when the world wasn't always quite ready for them ... talk about brave.

And who better to kick this new body of work off than the amazing Nina Simone?!!

Did you know her real name was Eunice Waymon?

She took on the stage name Nina Simone when she began performing at bars in Atlantic City, and didn't want her mother (who was a preacher) to find out what she was up to.

Ironically, she was doing it to earn money to help support her family, and not being a drinker in those younger years, she actually drank milk while on stage.

Nina means little one in Spanish, and she chose the surname Simone after the French actress, Simone Signoret. 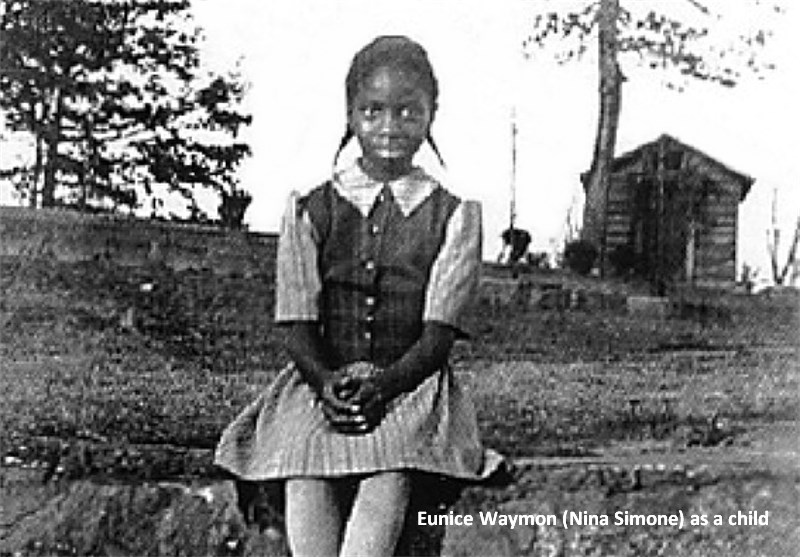 And did you know she was born & raised in Tryon NC?

For those of you like me who are local to the upstate SC area, you know that's right up the road from us. For those of you not local, Tryon is about 45 miles south of Asheville NC, is well-known for it's equestrian history, and is beautifully situated on the southern slopes of the Blue Ridge Mountains.

Her father was also born locally, in Pendleton SC (right next door to Clemson University), and her mother in Spartanburg SC (right next to Greenville).

Eunice Waymon was born on February 21, 1933 — the sixth of eight children. She was an exceptional piano player in their local church by the age of 4, and everyone in the family knew by then that they had a child prodigy in their midst.

This is just a taste of Nina Simone's story, I'll be adding more to it as we go.

But I do want to leave you with two more things... 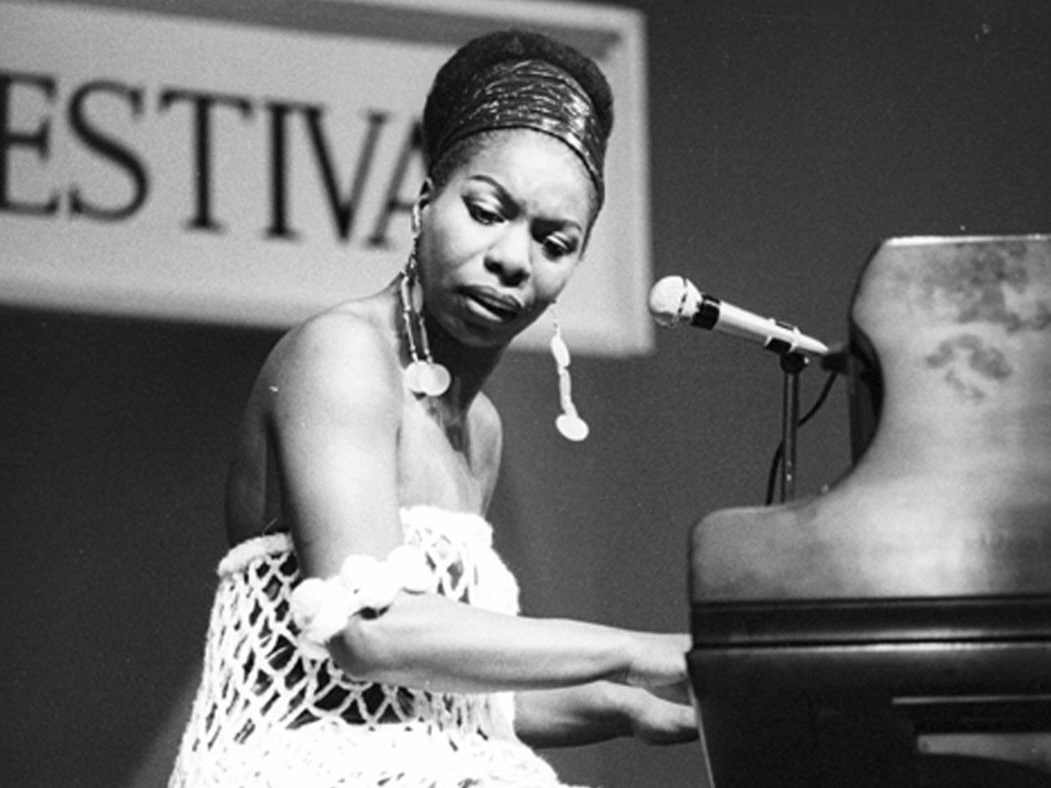 First this powerful quote by Nina, which personifies who she was at her core:
“I’ll tell you what freedom is to me — no fear.
I mean, really, no fear!”

And if you want to get a further glimpse into the depths of Nina Simone's soul then go listen to this song. It's powerful & heart-wrenching — one that David Bowie later recorded as an homage to Nina after hearing her perform it. And just for the record, her version blows his out of the water ;-)

Now without further ado — here's the first piece of the puzzle below, leading up to the final reveal of Becoming Visible: Nina on Juneteenth: 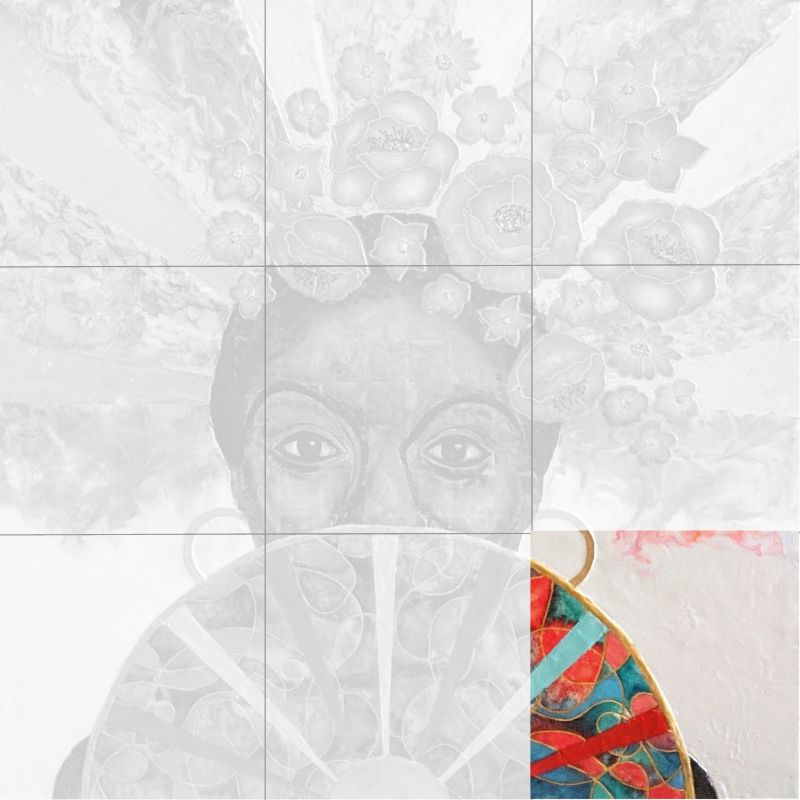 <<Pinch & zoom to get a close up>>
I am thrilled she came out so damn sexy, and looking bold! She definitely would have wanted it that way.
This week's featured art print:
Magenta Sunset 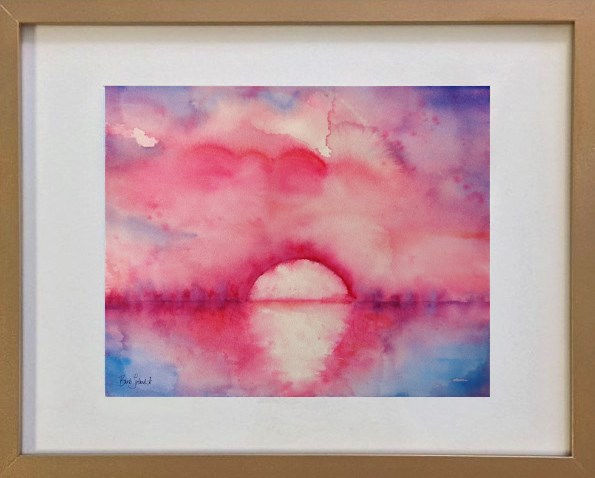 Oh my goodness, this one was so much fun.

It was created during a painting demo I did at the Swamp Rabbit Cafe, a really cool local market & cafe. I was just about to start my third sunset painting demo for the day, when a little girl came up to the table with her Dad. I asked her what color I should use for the painting. She pointed to the brightest, most vivid pink on my palette and burst out, "That one!!!!"

And so that's what I used.

It's not a color that I would have normally picked, but it turned out to be my favorite sunset of the day!

You can find the print on my website here, and the original is also available & can be found here.

And please don't forget about the fundraiser for UNICEF Ukraine!
...
From now thru Mother's Day & Father's day, for every art print you purchase, I'll donate 25% of the proceeds to UNICEF Ukraine (that's ten bucks for each one). And 15% of all originals you purchase will go towards this effort at well.