I am sooooo outside of my warm, fuzzy little comfort zone talking about photography, and about such an incredible photographer/artist — but here goes!

Ansel Adams is perhaps the most iconic & recognized American photographer of all time. I didn't know too much about the man himself until I began my research for this. But wow, I now have just a tiny glimpse into who he was, and oh what a view!

He was a huge proponent for the environment, and for the preservation of America's wilderness. He is widely known for his long years dedicated to the environmental causes of the Sierra Club, and for his advocacy of preserving the wildness of Yosemite National Park.

He was also a very strong advocate for the preservation of the Big Sur/Carmel area in California, for the state of Alaska, as well as many other places. 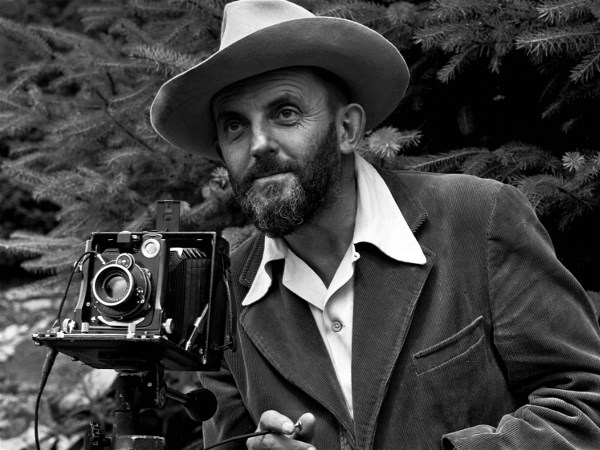 His family home was across the Golden Gate Bridge from the city.

The house was perched on a hill overlooking the ocean dunes. Not quite fitting in with his peers, he spent most of his days roaming this coastal area as a child absorbing into his mind's eye those beautiful dunes, and that incredible & mutable fog for which SF is known & loved.

His mother spent most of his childhood nervous & pre-occupied with the loss of the family fortune as a result of the 1907 banking crisis. His father, on the other hand, nourished his son's oddities in so many beautiful ways.

At the age of 12 Ansel learned to play the piano by himself. So his father, even though the family was broke, bought him a piano on installment, and paid for his lessons. Ansel, for a very long time, felt that being a pianist would be his career & life's work. 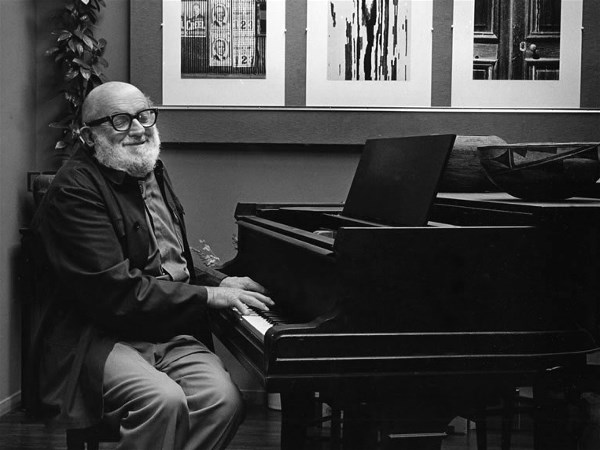 His Dad also bought him a year's pass to the Panama-Pacific exposition when Ansel was 13. Imagine the sights that young man saw — I'm sure it filled his visual catalog to the brim with so many wonderful exotic things.

Then his aunt gave him a book about Yosemite, and Ansel was smitten. He begged his father to go there for a family vacation. His father wanting his son to have a more rounded appreciation of nature & science, indulged him in doing so.

They took a train to Yosemite when Ansel was 14 years old, and during the trip his Dad gifted him with a Kodak Brownie camera. The rest is history of course! 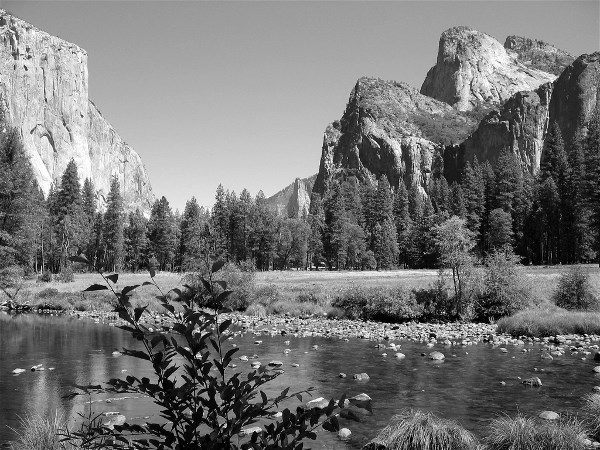 As Ansel has been quoted:

"The first impression of the valley - white water, azaleas, cool fir caverns, tall pines and stolid oaks, cliffs rising to undreamed of heights, the poignant sounds and smells of the Sierra ... was a culmination of experience so intense as to be almost painful. From that day in 1916 my life has been colored and modulated by the great earth gesture of the Sierra."

Visiting Yosemite has long been on my bucket list — but now more than ever! Just look at the beauty & majesty of this place through Adam's passionate eyes & heart. 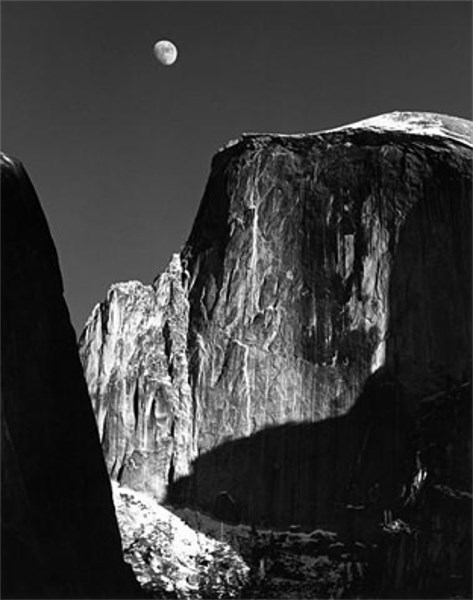 He spent the best years of his life loving Yosemite in so many different ways. Letters written to protect it, photos taken to learn about it & to share it.

He wandered the length & breadth & heighth of it — yearning to go back summer after summer to hike up into the upper reaches of its mountains.

He, in a sense, absorbed Yosemite into his being. 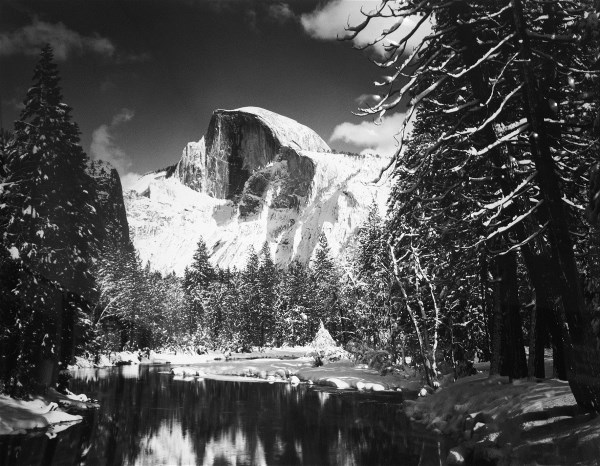 Another facet of his work that I just love are his up close photos of flora like these... 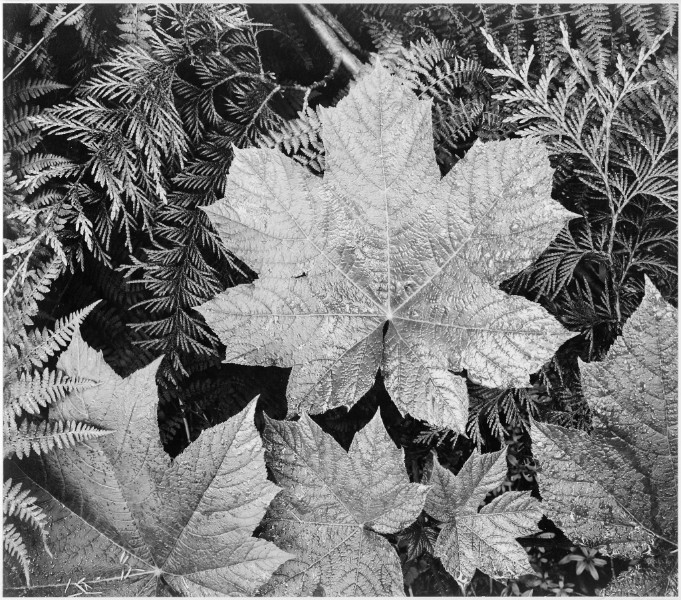 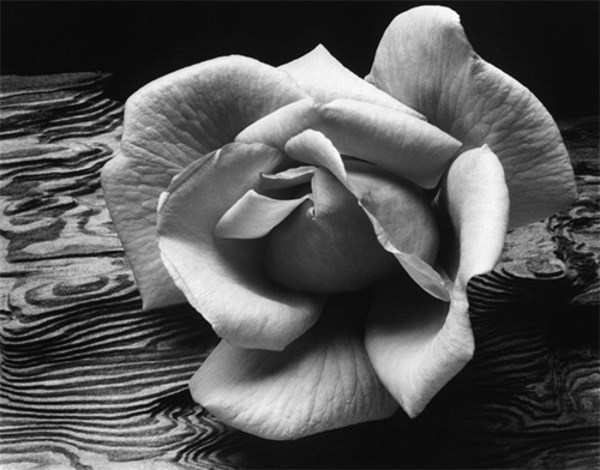 And his photos of other wild landscapes, like this one in New Mexico... 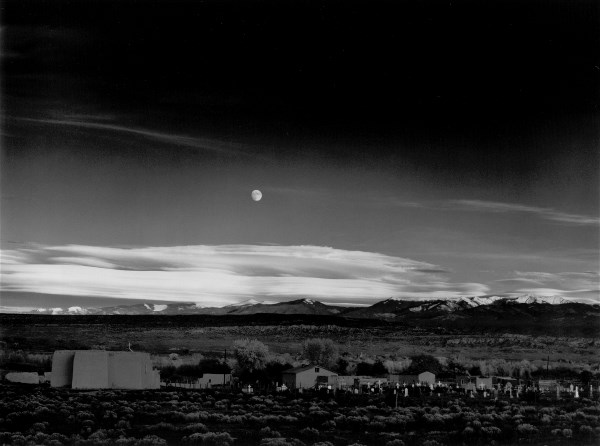 And this one in the Tetons of Wyoming... 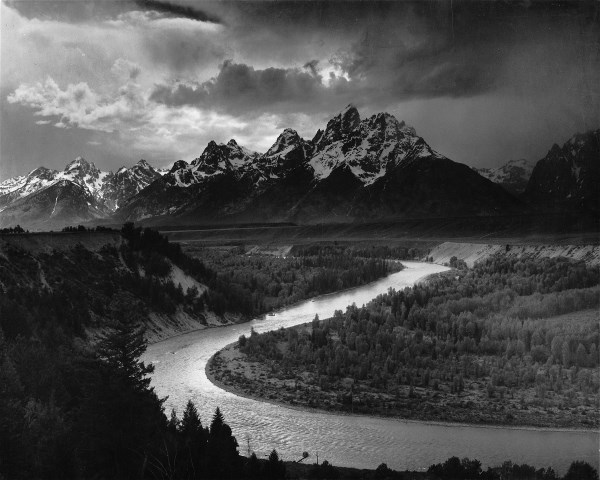 Ansel Adams was a big proponent of what he called "visualization" — seeing the shot in his mind's eye before the shutter is triggered, and long before the endless hours in the darkroom (or perhaps in your case, Photoshop!) getting the image to the point of what his mind's eye saw.

This visualization is perhaps the tipping point between an exceptional craftsman, and a true artist.

At any rate, its a concept he continued to reach for and to discuss his entire life.

As I love trees just about as much as life itself, I will leave you with one final photo of his work...

Imagine what our world would be like if he had chosen to continue what he thought was destined to be his career as a pianist. I have no doubt he would have been a brillliant one.

But we would not have his photos of the beautiful American wilderness, and those same widernesses he fought for, would possibly be fewer & further between.

Thank God for champions such as he!

He was a true artist, and most definitely a formidable advocate for our natural world & resources.

Even though color is my constant companion, I so admire his stunning b&w photography. The closest I've ever come to a b&w type of painting, is this monotone one of blues & aquas...

Two lovers strolling through the underground tunnel that links the Champs Elysees to the Arch de Triomphe in Paris. It had rained just a few hours before, and everything was glistening in magical wetness on this particular winter's night.

And unlike Ansel Adams, I didn't see this painting in my mind's eye before I snapped the photo. But I did imagine the lovers immersed in a watery mix of blues & aquas before I picked up my brush.

I guess in a way the brush is my shutter release button — I don't touch it until I can visualize in my mind's eye what's to come.

As always, I'd love to chat about this blog post or any other creative, artsy thing you've got on your mind. Just scroll down to comments & lets talk art!