Today we're going to time travel into the past, to the early Italian Renaissance period of the 1400's. We'll explore 2 paintings that were created during this time that have always fascinated & delighted me — hopefully you'll be equally delighted!

Although I immensely appreciate renaissance art in general, and also its important role in art history — I've never really been drawn to the more realistic paintings of this time period.

But even though the paintings we're going to look at today have a certain amount of realism, they also contain a surreal, dream-like feel to them which sets them apart.

So grab that adult beverage & buckle up — your time machine awaits!

At one point in my life I ran away from home with the hubster, and we joined the renaissance faire. I say this tongue-in-cheek of course, there was no running away involved lol, but there was a certain sense of freedom in doing what we did!

We traveled full-time in our motorhome, and every few months we moved from one faire venue to another as vendors. It was hard work (sometimes grueling). But the enchantment of dressing up in costume, and pretending to be from another time period is probably as close to actually traveling back in time as we will ever get.

It was during this period that I began painting as a fairly regular practice, being particularly aware & open to the unique creative nature of my surroundings.

For sure, it will always be a special time for us both. It gave us the opportunity to blur the line between what's real, and what's imagined — which is one of my favorite places to be!

That's why I particularly appreciate the two paintings we'll talk about today that were created during the early Italian renaissance. They also allow the viewer to blur that line, giving you a chance to enjoy their dream-like, ethereal quality.

The paintings were done by an Italian artist, Sandro Botticelli — a  master painter who was commissioned quite frequently by the rich & powerful Medici family to create paintings for their many homes.

At least to me, these two paintings are different from others that were being created at that time. Most of those were hyper-realistic, their color palette typically consisted of earth tones & primaries, and most often they were quite solemn in nature.

But Sandro Botticelli captured a special magical, other-worldly feel in his paintings which set them apart.

Here's the first of the two Botticelli paintings: 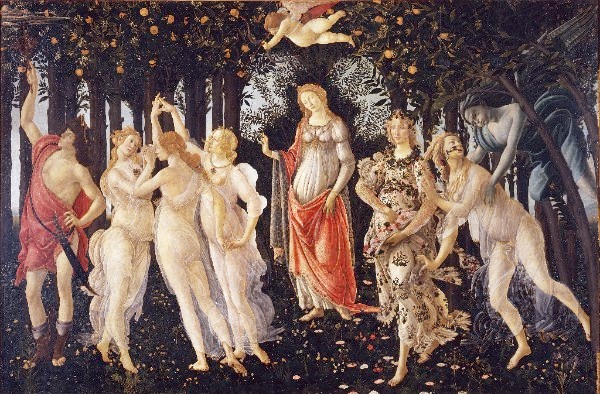 In a nutshell, Primavera is about the harkening of spring. The setting is an orange grove (which was the Medici family symbol).

The figures in the painting are gods & goddesses from Greek & Roman mythology.

Venus, the goddess of love, is in the middle with her darling son Cupid hovering above her head ready to strike with his bow.

Mercury, the messenger god, is to the far left.

The three graces are in a group next to Mercury.

To the far right Zephyrus, the biting wind of March, kidnaps the nymph Chloris, whom he later marries and transforms into the goddess of Spring, Flora who is in the floral dress scattering roses on the ground.

So why does this painting in particular speak to me?

Well for one, I love the colors in the painting, and their strong contrast. The bright whites, pinks, corals & slate blues in the foreground against a deep blue/brown background of trees filled with luscious soft-hued oranges makes for a vivid & lively scene.

The figures themselves seem to be floating slightly above the ground, and their shapes are soft & graceful — unlike what the real life models would have actually been like.

Except for Venus & Cupid at the center, the rest are playfully connected to each other — as if laced together in a ballet. The soft, fluid lines that form their bodies are beautifully soothing to the eye.

All of these aspects makes for an ethereal, dream-like state of enchantment that suspends the viewer between the real and the imagined. 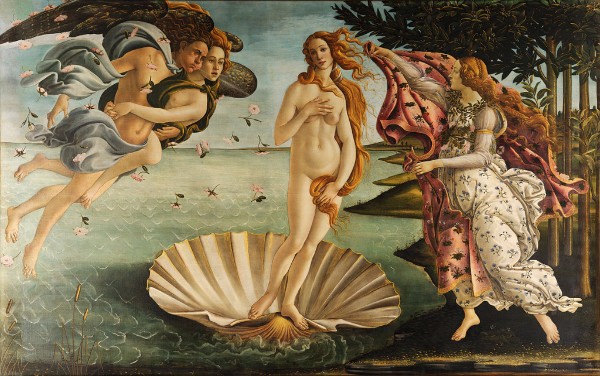 The Birth of Venus is also quite lovely & magical to look at.

Again, taking center stage is Venus, the goddess of love — this time newly-born & floating in from the sea on a shell.

Also in this painting on the left is the wind god Zephyr, and along with his companion in his arms, they are gently blowing Venus to shore.

To the far right is Flora the goddess of spring — her arms outstretched ready to clothe Venus' naked body with a floral robe.

Again, I enjoy looking at this painting for much of the same reasons as I do Primavera.

The palette is rich in corals, pinks, pale blues & greens — which work well together in capturing a sense of the surreal. The softness of the figures, and them seemingly floating in midair, adds to this idea of hovering between the worlds of real & imagined. This is also a graceful & elegant depiction of the life of gods & goddesses, capturing their ethereal nature.

To go on would be to risk getting you bogged down in too much detail, and that is never my intent! My true intent is to intrigue you enough that you just might do some more search & discovery on your own.

Here are links to 2 videos (less than 5 minutes each) that will give you a bit more background & perspective on the paintings:

Primavera
The Birth of Venus

Now to leave you with a few fun pictures of our life at the renaissance faire... 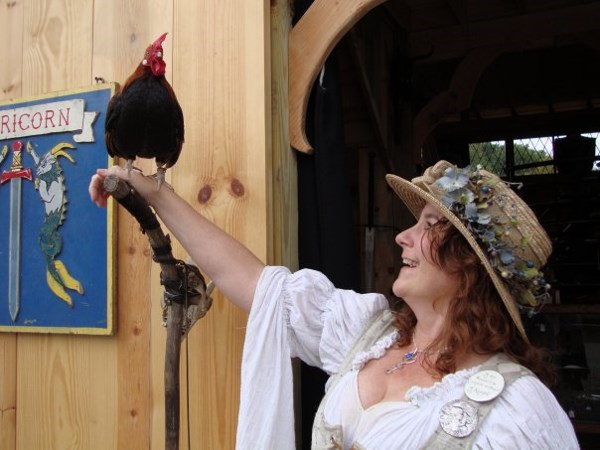 me & Rodney, the cock
at the New York Renaissance Festival
circa 2011 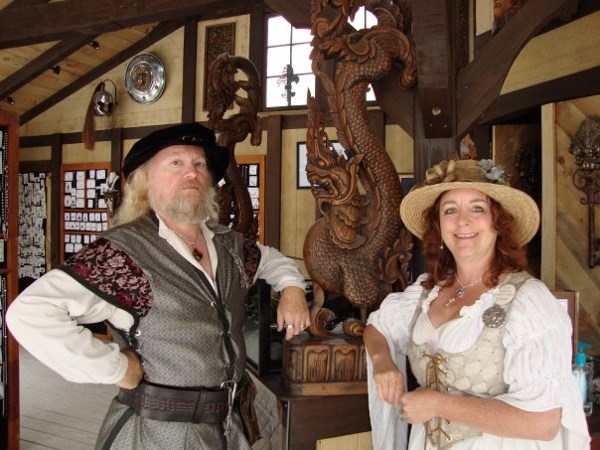 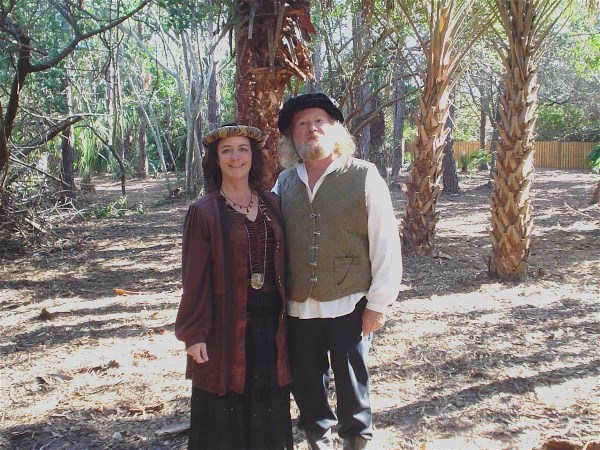 Hopefully, if you weren't already familiar with Botticelli & his work, this has given you enough of a taste so you're now more curious about him & his paintings.

If you have any thoughts or comments about today's post, please scroll down & share them below. I'd love to chat art with you ;-)