So lucky for you I'll be using lots more images than words today! We're diving a bit deeper into the world of Cubism, and what better way than to SHOW you an example by making some art (score), and sharing it with you here.

But first, a bit of a definition of what the art movement Cubism was all about...

It pretty much hit its stride in the early 1900's, and was led by artists Pablo Picasso & his friend Georges Braque. It was the first swing at abstract art to hit the world, and helped set the stage for "modern art".

Here's what Cubism is in a nutshell (alla Webster): "An early 20th-century style and movement in art, especially painting, in which perspective with a single viewpoint was abandoned. Use was made of simple geometric shapes, interlocking planes & collage."

I showed you some of Picasso's cubist art last week, so let's take a look at a couple of his friend & fellow artist, George Braque's work today: 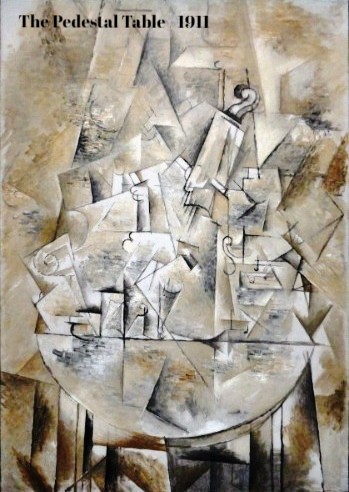 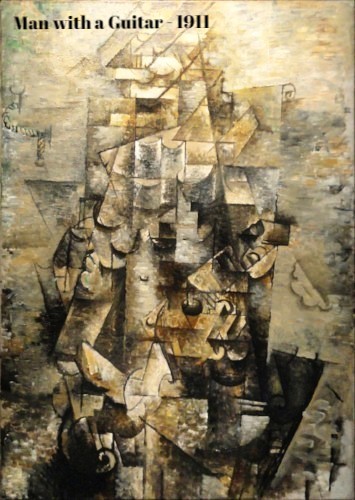 Of course Cubism wasn't always colorless, but both of them did go thru a beige stage.

So now that you've got the basic idea, let me show you how I made my  very first humble cubist creation. I begin with 4 photos of the Venus de Milo which were taken from various angles while strolling thru The Louvre. 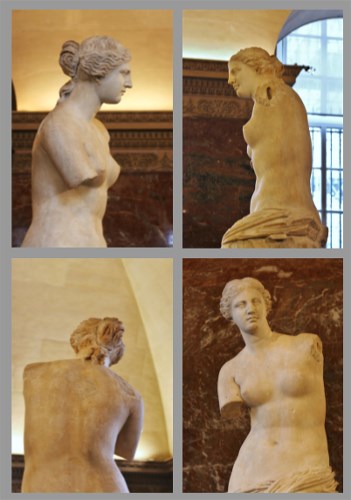 I slap, dab & splatter a little paint here & there.

And arrive at these... 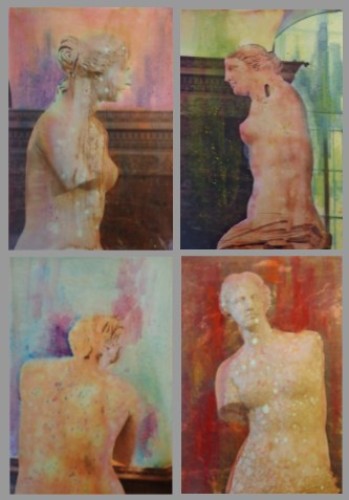 And then push that color to the surreal in Photoshop. 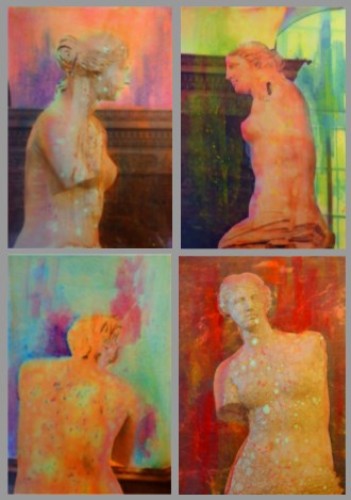 Then I print 'em, and randomly slice 'em up into various geometric shapes... 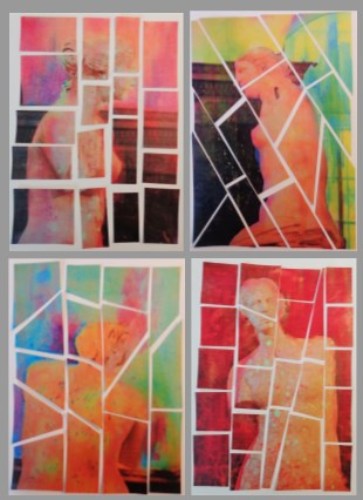 I then put down a background of some paper I have laying around, and using those pieces from above, randomly reassemble them on said background. Keeping an eye on overall balance & movement I think, is key.

Voilà!!! My first cubist creation ever... 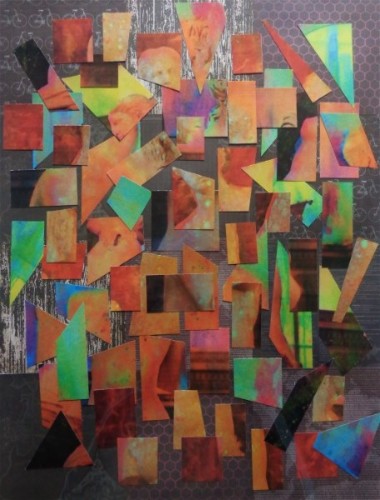 This is about 20" x 24". I haven't turned it into an encaustic yet, but that's the plan. The one thing I'll be able to do in encaustic that I haven't done here, is to shade some of the pieces so their "planes" appear more at an angle. Does that make sense? If not stay tuned, I'll be sharing it at some point.

One last image, and the 30 second story behind it...

After working on this email one evening, I decided to watch a live fb video by the illustrious Dee Sairam, who teaches amazing Instagram marketing stuff (IG: @socialique). For a few seconds some weird kind of technical problem occurred during the video, and this happens to her beautiful face... 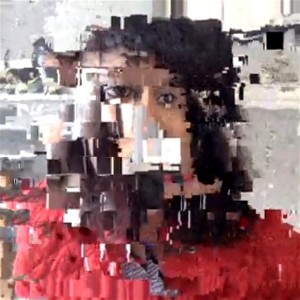 Coincidence? I think not. How awesome is that?!! It took me an entire day to create mine, Pablo & Georges I'm sure longer, and in seconds, technology (or lack thereof) created this lol.

Art really IS all around you - if you're looking:) Perspective matters which is what cubist art is all about.

Hope this has helped you get a grip on Cubism. It's not for everyone, I know. But if you look at it more playfully, it's pretty darn cool.