Ok, so we've been talking about Pablo Picasso this month. We started off with this wonderful quote... 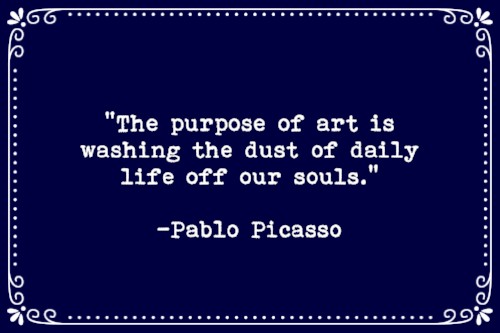 Then we talked about his life & work, narrowing the scope to some of his paintings of women. And last week, we looked at the world of Cubisma bit - an art movement that Picasso & his friend, Georges Braque began.

And now here we are this week with what's supposed to be me sharing a painting that I've been working on. Welllllll ... it's not done yet:/

It's been one of those weeks, and I just didn't get it finished. But it is soooo close - I feel sure I can send out a bonus email about it soon!

In the meantime, I thought I'd go back to a post that I did in February for Valentine's, that's all about how romantic Paris is.

Are you up for a romantic stroll?

It also includes a little about my visit to the Picasso Museum, and the wonderful area called le Marais, where the museum is located. So it suits this month's featured artist, Pablo Picasso. PLUS, he WAS a pretty romantic guy ... at least in terms of numbers, lol.

As many of you know I'm absolutely in love with the City of Light.

I've had the privilege of visiting twice, and hope to get back there again soon. The bright & colorful flower stalls alone make my heart skip a beat when they suddenly appear when turning a corner, or while wondering thru a market. 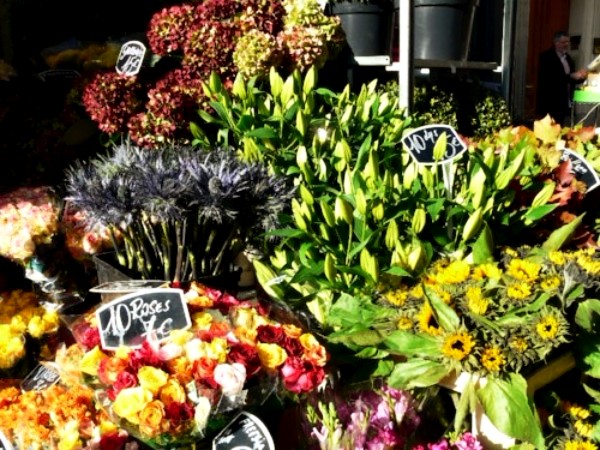 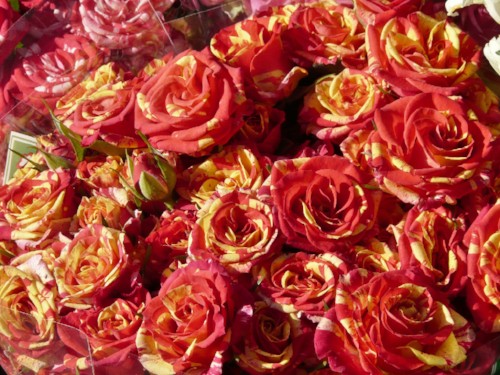 But flower stalls aside, today we're going to check out an area of Paris called "le Marais" (pronounced "la ma-RAY"). And if you really want to go all out, the "R" is pronounce like an "L" ... sort of. You can check out the pronunciation here if you'd like.

Le Marais is a very old and aristocratic section of Paris where not only did the Knights Templar build their original church (circa 1240), but many members of nobility built their "hotel particuliers" there (which loosely translates to a large privately-owned town house).

Marais means "marsh" so one can only assume the obvious ... that before it was developed, it was a swampy mess.

It's one of the most romantic areas in Paris in my humble opinion. It's bursting with quaint cobblestone streets, beautiful architecture, private gardens behind iron gates (for the peeking), and lots of adorable cafes & shops along the way. 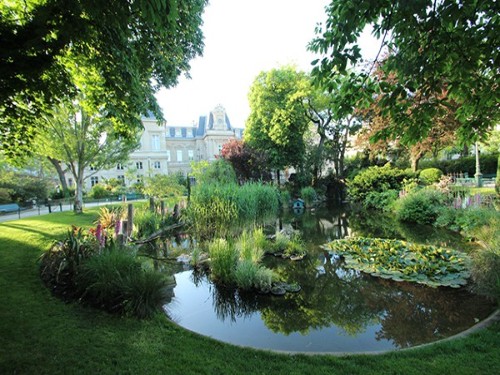 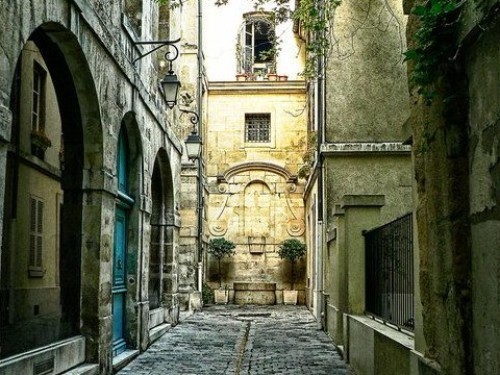 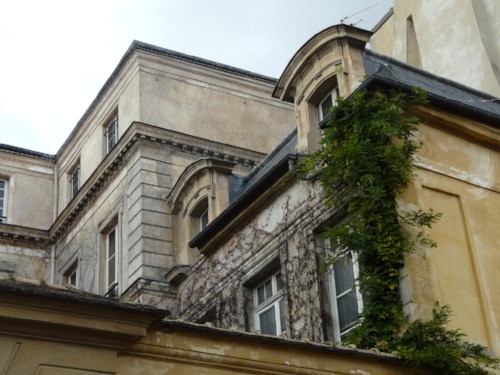 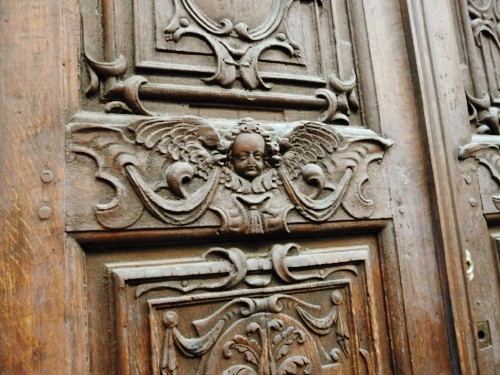 Our destination that particular day was Musée Picasso, which had recently been re-opened after a 5-year, multi-million dollar renovation. Needless to say, to be one of the first visitors post-renovation was quite an honor.

The museum has been home to many of Pablo Picasso's creations since his death in 1973. At that time he owned 5,000 or so of his own pieces, and they were then part of the museum's inventory after its initial renovation in the 1980s.

The building itself was originally the Hotel Salé built in the mid 1600s, and is lovely. I recall in particular some of the beautiful stonework in the courtyard, the grand marble staircase which is one of the first things you see upon entering, and the wooden beams & architecture of the attic room were equally as lovely in a more rustic & charming way. 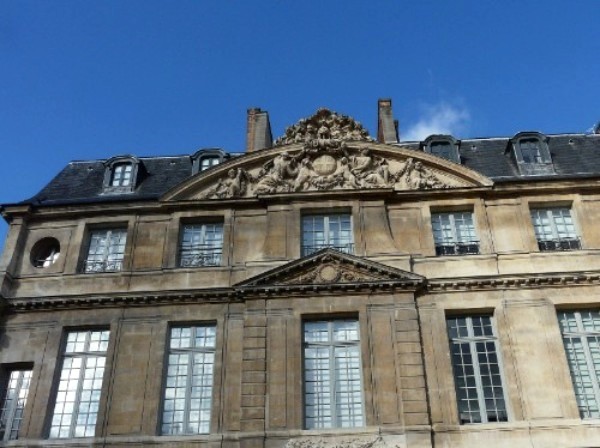 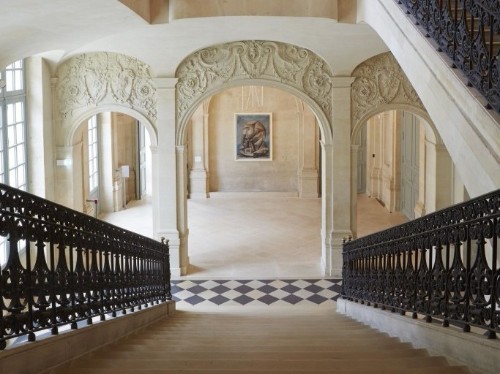 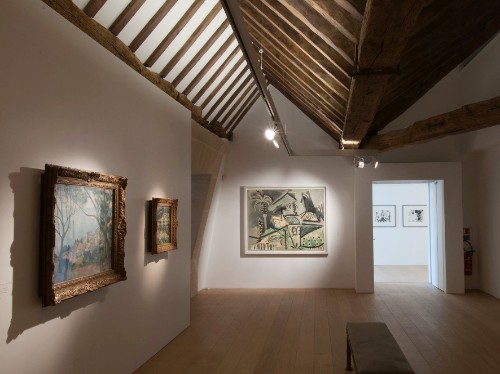 And here are just a couple of the many Picasso paintings that we admired that day. 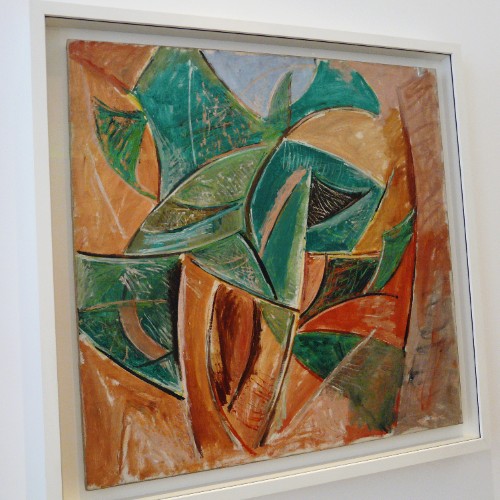 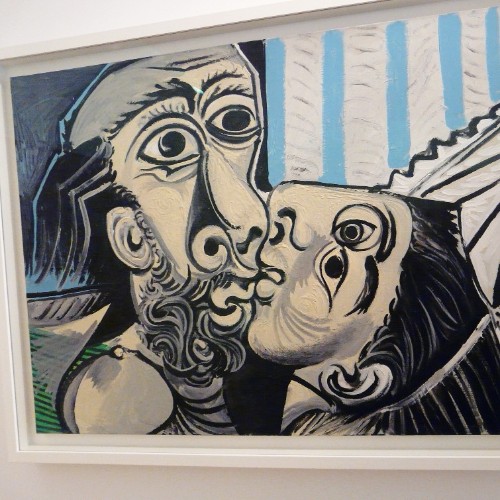 I could take much more of your time recounting my time there, but I know you have a life!

Before wrapping things up though, I wanted to give you a glimpse of a shop we stumbled across after leaving the museum. It was sooooo quintessential French. Thus deliciously lovely in its presentation, as well as purveying the yummiest of sweet treats. They had these sandwich-waffle-cookie-thingies (yes, that's a word lol) that were.to.die.for!

Needless to say, I was gleefully delighted with the exquisitely packaged goodies I left with that day.

Meert Paris is one of many places on my list where I WILL return to again, and this time with a bucket of money to buy everyone I love more treats!

(Lord have mercy, if I had won that Mega Millions lottery, I really would be living here ... And yes, I would absolutely send ALL of you a care package from Meert! Perhaps next time...) 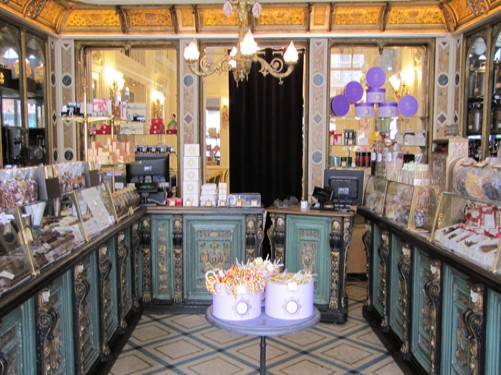 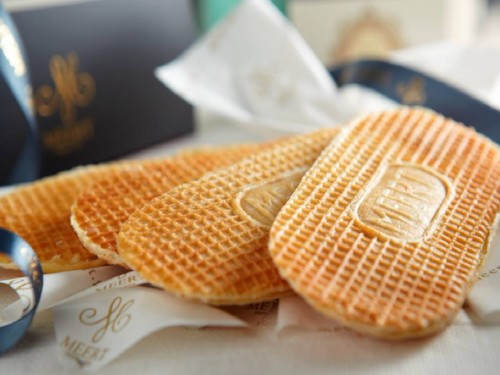 Thanks for joining me as I walked down memory lane. Each of us is lucky to have memories to revisit, and to share with others. I hope in some small way you were there strolling with me.

As always, I would love to know your thoughts on this or any other creative matter you want to talk about! Leave your comment below, and let's chat art & creativity...