Auguste Rodin was born in a working class neighborhood of Paris in 1840. His father was a clerk at the police department, and his mother was what we would call a housewife, for lack of a better term.

He had an older sister Maria, who was born 2 years before him. They were very close, and when she died suddenly at age 25, needless to say it left Rodin grief-stricken. So much so that he entered a Catholic order for a brief period of time.

He was nearsighted & had difficulties in a traditional school setting, but at an early age began drawing and proved to be quite good at it. So much so that he attended the Petite École, a school specializing in art and mathematics where he studied drawing and painting as a teenager.

At age 17 he tried to get into the École des Beaux-Arts, a prestigious art & architecture school in Paris (which is still there after 350 yrs by the way). He actually attempted to get accepted three times, but was never able to.

[[I'm going to use the above paragraph as a teachable moment. Just can't help myself:)

Have you ever gone for something you so desperately wanted, and then when it didn't work out, thought the world as you knew it was over?

If you have ... *which pretty much includes all of us* ... after you have a good cry & then perhaps down a glass of wine if that's your pleasure, you might just want to consider Rodin & his "failure" to get into a school that obviously he really wanted. Then ponder the fact that the overall course of his creative life went pretty darn well *wink wink*.

With this info stuck in your head *thanks Barb*, you now know you still have a fighting chance at success! It may just come in a different package than you expect.]]

& I'll try not to stub my toe stepping down from my precarious perch on my soapbox ;-)

Over time, and thru many ups & downs, Rodin was able to take on the mantle of being considered the father of modern sculpture. He has also been compared to the likes of Michelangelo.

So he did pretty darn good for such a huge "fail" early on. 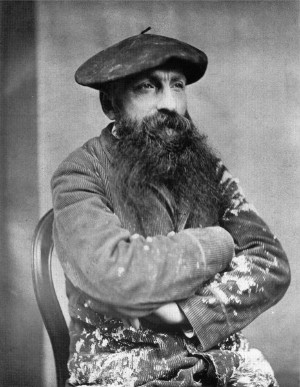 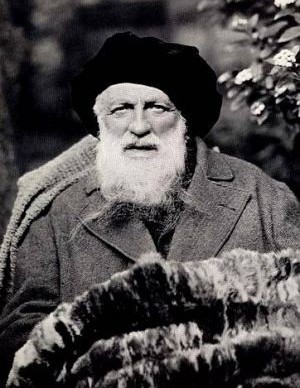 He spent the better part of his early adult years working in the decorative arts, and on commissions. You know, doing art for fancy pants rich people who wanted something pretty for their homes. (I think that sounds like a pretty good deal actually!)

Rodin also laboured as a bricklayer & modeller, employed by architect Baron Haussman who was commissioned by Napoléon III to renew & invigorate the cityscapes & public works system in Paris. 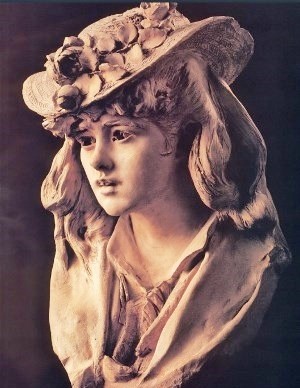 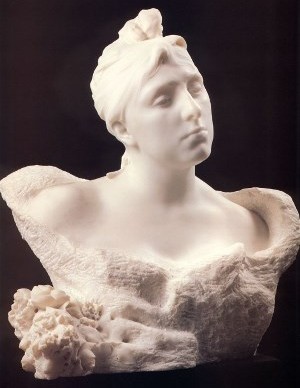 Over time though, he becomes much more interested in the raw, unabashed intensity of the human body, and not so much in the classical style of the sculptors who preceded him. 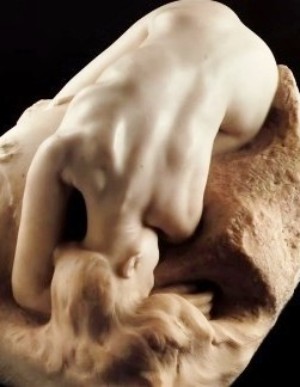 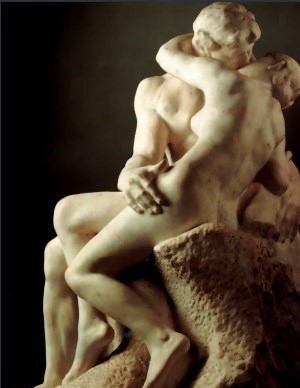 He was very much interested in those amazing cracks & crevices that REAL faces & bodies have, and would have scoffed at those selfie filters, lol.

Perhaps the years he spent struggling to make a living by doing decorative art began bringing out the rebel in him, and when he had the opportunity to begin creating his own body of work, he enjoyed the challenge of portraying genuine & imperfect faces & bodies.

Just a thought ... and humbly subjective of course.

Two more of his works are below.

The first "The Thinker" most everyone has seen. It has been recast several times, and can be found at many institutions around the world. The one pictured below is at the gardens of the Rodin Museum in Paris.

And if you look real close at the second image, "The Gates of Hell" you'll see that same Thinker sculpted in the center top section of the doors.

The doors came first, and then he began making much larger, stand alone pieces based on the various figures he created while working on them. 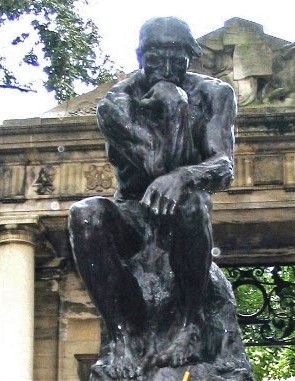 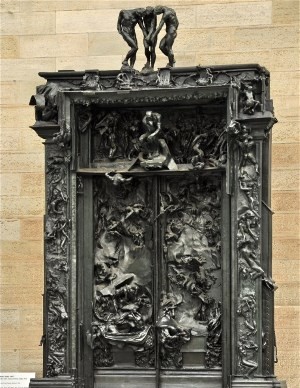 Something quite fun that I learned while writing this, is that Rodin did tons of drawings (which one would expect of a sculptor), but he also did watercolor paintings & sketches.

Here are two of those absolutely beautiful watercolor renderings... 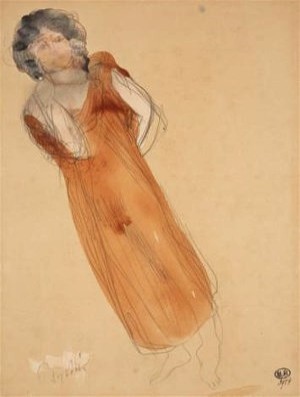 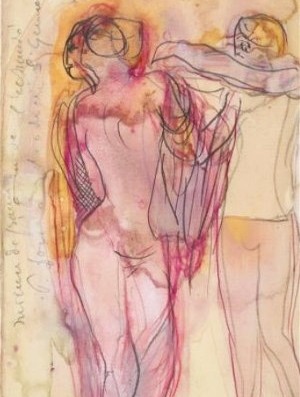 That's it for talking about Auguste Rodin!

This was a teaser meant to encourage you to investigate & learn more about art history on your own if you want. When you discover something that peaks your interest - I always encourage you to take a deeper dive at your local library, or on the internet.