While doing research for my blog post on Auguste Rodin earlier this month, I became more curious about how his sculptures were actually made ... particularly the bronze ones.

All of us pretty much already know that stone & marble statues are made starting with a big block, and then the artist proceeds to chip away at them with a hammer & chisel. This is of course a rudimentary description, but you get my drift.

BUT, what about the bronze ones? What's the process sculptors use when making a bronze statue, since it's not something that can be chiseled like marble & stone? I was intrigued by the question so I went trotting off into the ethers of the internet to find out, and here's what I came up with... 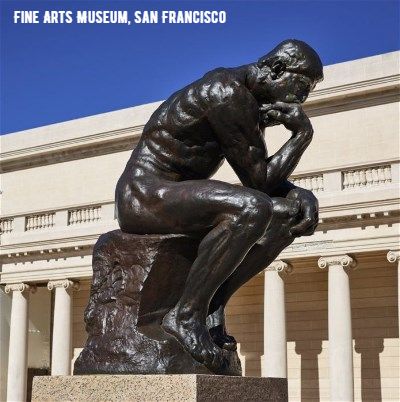 Let's take The Thinker by Auguste Rodin as an example.

First of all, I hate to burst your bubble if you don't know already, but there are numerous bronze sculptures of Rodin's The Thinker all over the world. And yes, they are all considered originals. There are even those considered originals that were created posthumously ... yep, AFTER Rodin's death. 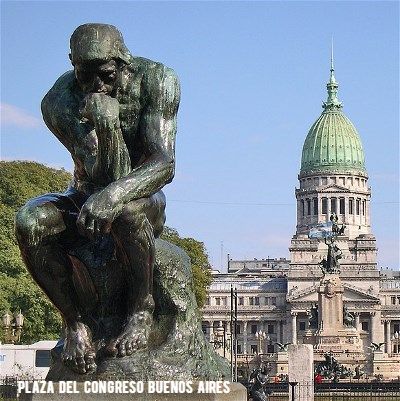 Let's take a step back for a minute though, and talk about how Rodin began the process of creating a new sculpture - whether it ended up being bronze, marble, plaster etc.

The first thing he did (in addition to doing copious pencil & paper sketches) was to model what he had in mind with clay. Modeling is what Rodin was trained in ... & no, not the runway kind! The clay kind silly:)

So that's what he did first was to work things out in clay, making sometimes numerous clay "sketches" or "maquettes" in French, before he was satisfied with the final version. Also keep in mind these initial models were small, table size versions - not the huge, monumental statues we see at museums. 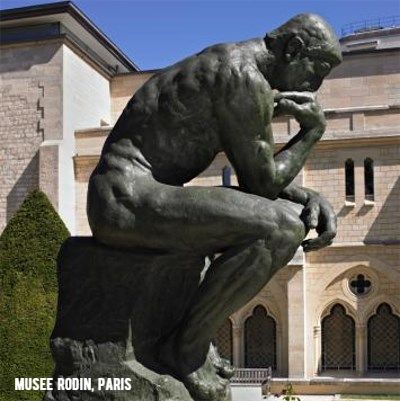 He then handed this small clay model over to his trusted craftspeople, who then in turn made a much larger clay version ... with Rodin supervising of course.

Sorry to break the news ... alas he didn't even go as far as to make the bigger versions. But, hey - he was a popular guy! His genius was in the idea, and the initial burst of turning that vision into clay. The rest he handed over to those who he had complete faith in, knowing they would turn his original clay model into ... you got it ... an identical, but larger clay model.

I do want to point out that this was a pretty common practice for sculptors during Rodin's time. Everyone knew & actually expected that if they were buying an original Rodin, the master's hands didn't actually craft their piece. 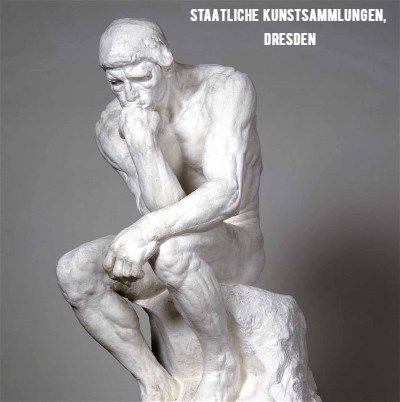 So his trusty craftspeople have made a larger clay version based on his exacting specifications. Now what? How does that larger clay model get turned into those bronze beauties?

A little release agent (greasy stuff) is rubbed on the clay model, and then it's covered with plaster, forming what's called a "waste mold". Sometimes the mold is in only 2 pieces, sometimes several. The waste mold is allowed to dry & harden, and then is pried off the clay model.

The next step is to apply some releasing grease to the mold itself, slap it back together, bind it with some rope, pour in fresh plaster, let it set until hardened, remove the mold ... and voilà! A plaster model has been created that can then be used to make the mold for the bronze statue.

Anybody else exhausted yet? Yeah, me too! 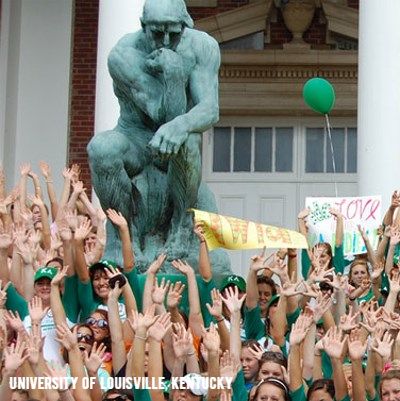 Ok, so before you get bored with me & fall asleep on a sugar high from all of those holiday treats I warned you about - last, but not least, let's get to the bronze part...

First though, we need to make another mold!

There were 2 different bronze casting methods Rodin typically employed, one is called lost wax casting, and the other was sand casting.

Occasionally there's a Thinker out there that was done using the lost wax method, but the majority of Rodin's bronze work was done by foundries who used the sand casting method, so we'll stick with that.

Basically the foundry started with a 4-sided frame, and packed it with a sand/clay/water mixture. The plaster model is then pressed into the clay mixture, another frame is set on top of the lower frame, more sand mix is pressed around the upper part of the plaster model, making sure it's all packed in there good & tight. When the 2 frames are separated, and the plaster model removed, all that's left is a sand mold of the plaster model.

The frames with the sand mold are reassembled, a channel (hole) is made in the sand, and molten bronze is poured in. When the bronze cools the sand is easily removed, and all that remains is the bronze statue!

Lots of finishing work is done on the bronze statue which (since I know you're fighting that blood sugar plunge into oblivion) we won't go into here!

That's it in a really, really big bronze nutshell. Now, you can never again go around saying you have no idea how a bronze statue is made ;-)

At least those done in Rodin's time. The modern day method is a whole different journey that we will not be going on here, lol. 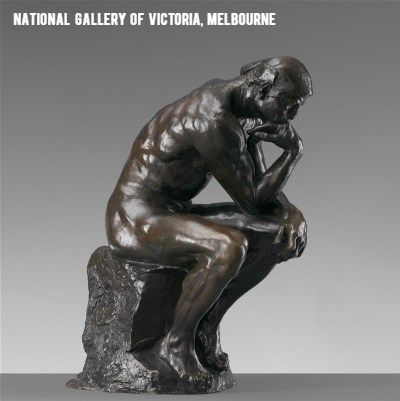 Thanks for hanging in there with me. Hope this has added just a wee bit of info to your "art arsenal".

Here's a list of many of Rodin's The Thinker located around the world.