As you may remember, I started off in February with two blog posts about Andy Warhol. The first was a quote he made that I found inspiring for anyone who's making art. And the second was about Warhol's life & art career. Check those posts out, if you'd like a bit of a refresher.

Today, I'll be sharing some of the photos of his art that I took while at the Warhol Museum, and will add a few of my own thoughts about them scattered here & there.

The painting below is one of the first Warhols you see when you go into the 1st floor of the 6 floors of galleries. It was painted by Andy when he was only 15 yrs. old. 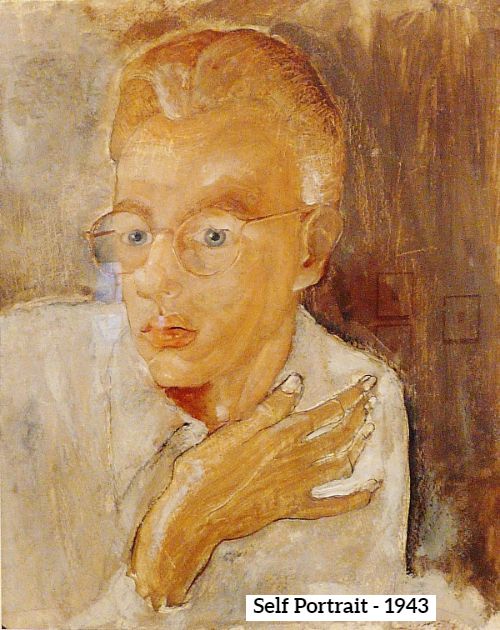 Yes, you heard me - he was still in high school when he painted this. The profound depth & unique style he already has going on here at such a young age is quite amazing. There's also such an innocence & tenderness to it as well.

This was done the year after his father died, so that may very well have something to do with its depth & vulnerability. I've read that Andy was so distraught over the loss of his father that he couldn't bring himself to attend the funeral, and hid under his bed during the wake.

(As a side note, Warhol's father had recognized Andy's artistic talents, and in his will he directed his life savings go toward Warhol's college education.)

They must have been extremely close, and his father quite proud of his talent.

Here is one of several commercial illustrations he did during the very early stages of his career in NYC. As you can see, even then his use of saturated, bright colors was his jam... 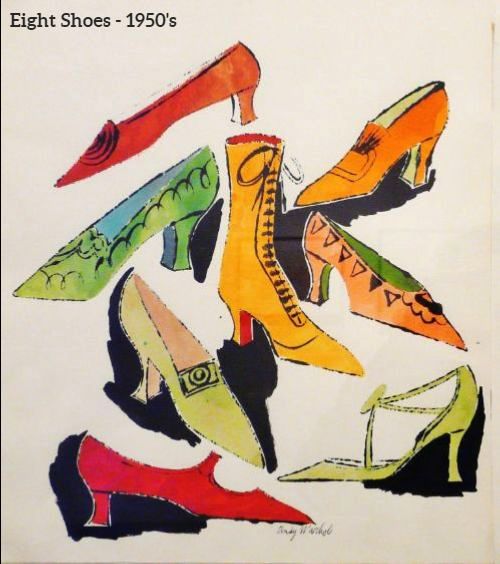 Here's some screenprints he created using a close up headshot of the famous painting, "The Birth of Venus" originally painted by Italian artist, Sandro Botticelli during the 15th century.

Saturated, bright colors were a pretty big deal for Warhol. And as many of you know, I kinda like them too:) 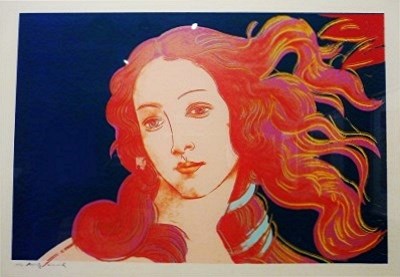 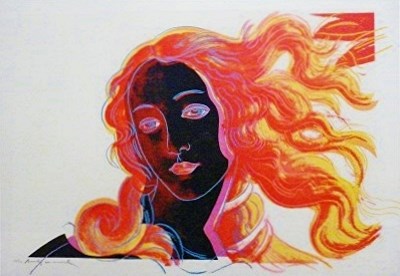 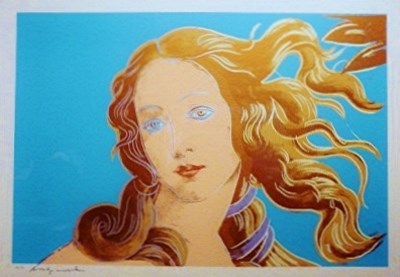 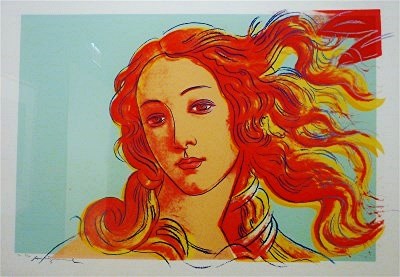 Another interesting area that caught my attention, was a room off to the side that had various computer equipment in it, and several images.

After closer investigation, I discovered that Andy was a computer geek too! In the mid-1980's the computer company, Commodore asked him to use their Amiga 1000 home computer to make art.

(By the way, it even had Apple beat with their Macintosh at this point, as the Amiga 1000 had color, while the Mac was still black & white. But then again, Apple is still here - and alas Commodore is not!)

Go google it - the whole story, including the 2014 recovery of the Warhol images from outdated software & floppy disk technology is quite fascinating. Here is the Commodore Amiga 1000 that Warhol himself used... 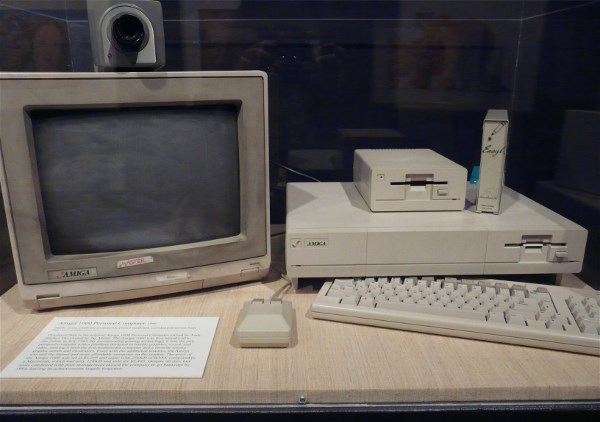 and also the self portrait he created using it... 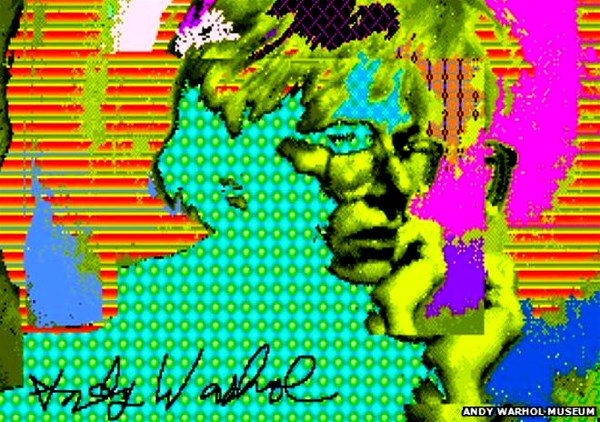 To show you a broader, and hopefully more impactful view of his one wild & wonderful creative ride, I intentionally started & ended with his self portrait. One was done at the very beginning of his life as an artist, and one done towards the end of his life.

What an incredible ride this Pittsburgh boy - turned artist - turned man - turned celebrity - turned computer geek - must have had in his 59 years on earth! And also just imagine the influence his ideas & creative endeavors have had on so many other artists, and on every inch of our visual lives today.

I've often wondered, among many others, what further impact he would have had on the world if he'd gotten to live well into his 80's or even his 90's, as Picasso did.

Knowing his thirst to continue turning his outlandish & provocative ideas into art until his very last breath, I'm sure his impact on the world would have been even greater.

What one thing do I personally as a creative (in addition to his love of color) take away from learning more about his creative journey? I think it boils down to this ... GO BIG OR GO HOME!!!

And what I mean by that is this... If I've got an idea to make something & it's way outside my comfort zone - no matter how outlandish it may seem, I need to remember Andy Warhol and keep pushing my creativity as far as I can get it to go.


So here's to all of us doing just that:)

Now it's your turn. Is there something about Andy Warhol's life & art that inspires you? If you'd like to have a chat about it, then leave your comment below - I promise to respond.

Have a great weekend everyone!